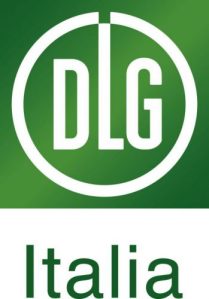 The current transition in the agricultural machinery sector from human to computer-controlled machinery is an emerging trend, one that visitors will have the chance to experience first-hand at Systems & Components in AGRITECHNICA 2017 this November in Hanover. Bringing together mechanical, electrical and computer engineering is synonymous with mechatronics and is the leading force behind this current transition.

We continue our virtual tour of Systems & Components with Engineer Alberto Rocchi, Electronic Design Manager for Walvoil Spa, as he elaborates upon this topic.

The nature of interaction between man and machine is changing. It all started with manual control where the operator had to command every single operation of the machine. Automation then followed: the operator only had to start sequences of (mostly) repetitive actions and the “communication surface” between man and machine consisted of knobs and buttons, pedals and displays, standardized and unambiguous.

With the advent of autonomous and semi-autonomous machines, the relationship is evolving from control to communication, from HMI to HCI where the Operator sets the goals and leaves the completion of the task to the machine.

Role of the computer

The Computer, trying to perform the assigned task in the most effective way and in order to optimize a given parameter (e.g. fuel consumption), can choose unusual paths of operation which can lead to new risks (e.g. unexpected machine movements).

This situation is even more critical at a construction site or on an agricultural farm where men and autonomous machines work together, sometimes with the help of collaborative robots. This is why one of the current challenges of Human Computer Interaction is “how to communicate intentions”. Using verbal and non-verbal messages, humans usually excel at indicating actions they are about to take and sending and receiving confirmation from peers.

In order to support this dialogue regarding intentions, the communication surface has to be extended with more expressive channels. These channels should be more refined to let relevant messages stand out and allow more subtle clues to filter through. This should happen in both directions: from man to machine and from machine to man.

Ease of use, comfort and safety are always primary concerns. On the other hand, thanks to autonomous or semi-autonomous subsystems, the reduction of cognitive workload on the operator has gained a new meaning. During autonomous operations (auto-ops) the operator cognitive load is relatively low and stress and fatigue are consequently reduced.

The operator should have an “adaptive” interface to transition smoothly from manual control to automation to autonomous operations. A modal interface concept seems to be the right solution, together with “programmable” interaction elements. The challenge is to create flexible interaction paths without introducing elements of ambiguity and sources of confusion.

Another research area aims at providing augmented audio-visual channels without using cumbersome and uncomfortable devices. The only sound one can usually hear when working in proximity of an off-highway machine is the sound of the engine and the changes in engine rpm’s while light and colors are not very visible in direct sunlight. However, in different working conditions such as at night, they can be a very powerful and rich media at night and in low light.

A further research area related to the sense of touch and the related physical quantity is force. Touch capability and haptic feedback have been incorporated in many components.

When talking about “Connectivity”, wireless communication networks usually come to mind. However, from the technical point of view, these networks have been available for many years. Worldwide standardization, more speed and safety are still needed, but engineers and regulatory bodies easily overcome these challenges. What is missing is “Connectivity” at a deeper level, a connection between man and machine for a safe, productive co-working environment.

A human in a powered suit of armor, equipped with the most innovative mechanical and electrical aspects – the full circle of unique human creativity is best seen through the well-known fictional superhero Iron Man. Engineer Tony Stark best portrays Human Computer Interaction through the creation of Iron Man.